The Rector of Udayana University received an audience from the Head of the South Kuta Sub-district at the Jimbaran Campus Rectorate Building, Wednesday (19/1/2022). This hearing is related to the joint use of the Udayana University Campus Forest as the Banten Earth Park, South Kuta District.

District Head of South Kuta Dr. I Ketut Gede Arta, AP.,SH.,M.Si on the occasion said that so far there have been Udayana University students doing service in South Kuta District, and there is an application that was built with the help of a team from Udayana University. Regarding the joint use plan of the Campus Forest as Banten Earth Park, his party has already reported and discussed with the Badung Regent. On this occasion, the Regent asked for communication with Udayana University whether the land could be used together for the Banten Earth Park through planting rare plants for ceremonies around the dam area and also releasing rare animals but previously being fenced so that they could also be a place for conservation. In addition, the Camat expects support in the IT sector, where his party is building an integrated system network for services to villages and sub-districts as well as web development for digital tourism which is expected to provide benefits to the community, especially in South Kuta. Through this opportunity, the Camat also expressed his appreciation for Unud's support so far and in the future, it is hoped that scientific support in strengthening human resources, because without it, you can't do much for the community. 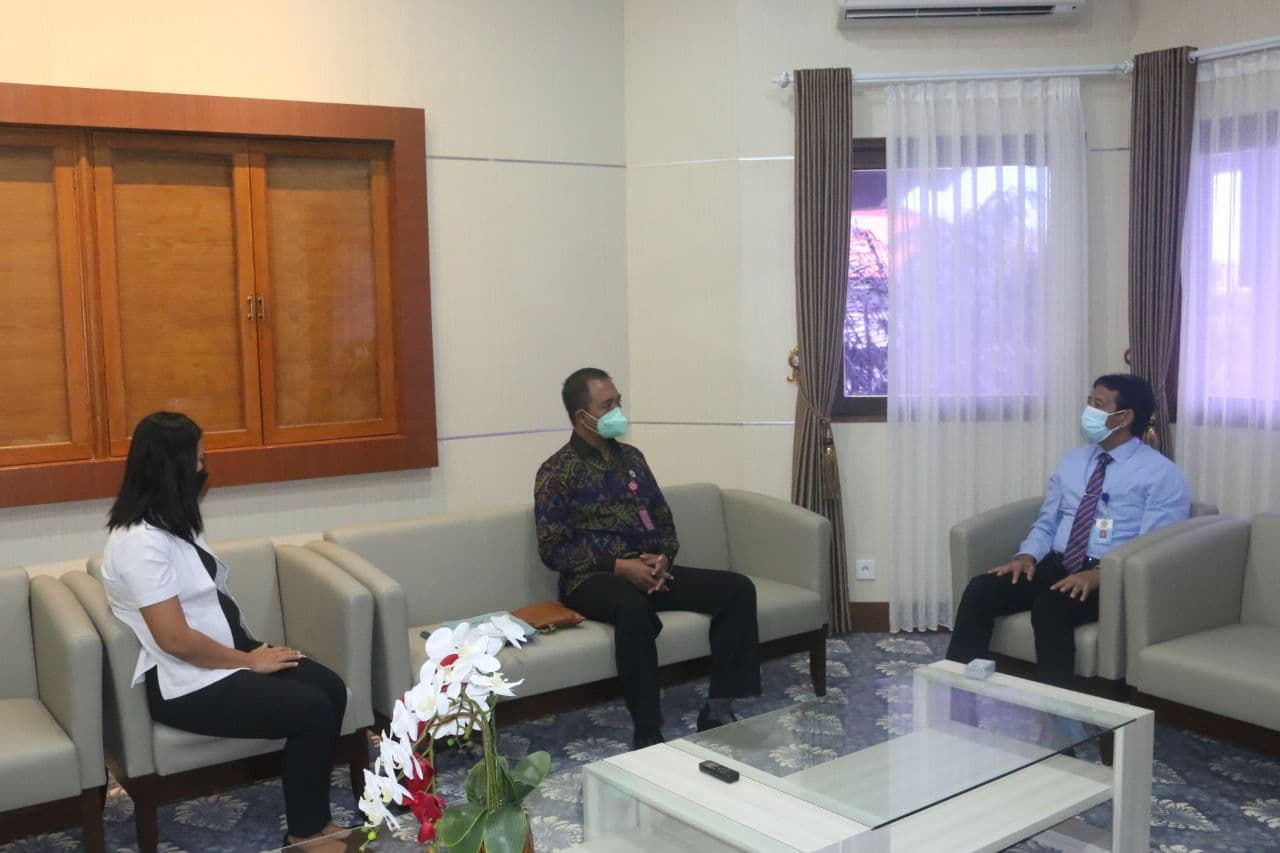 While the Rector of Udayana University Prof. I Nyoman Gde Antara through this opportunity expressed his appreciation to the Badung Regency Government for the support given to Udayana University. Regarding the Bumi Banten Park, the Rector said that his party had a study center. At Udayana University itself there is a policy in which research conducted must be community-based so that it is beneficial for the community. The Rector is very enthusiastic about utilizing assets for the community, but he must also pay attention to the procedures for cooperation in the use of state assets. The Rector directed the Camat to look for relevant faculties and then make a PKS to execute it considering that there was also an MoU between Unud and the Badung Regency Government. Regarding the IT sector, the Rector invited the Camat to write a letter and the Rector would assign the relevant HR. Through this opportunity, the Rector also informed the plan to change the appearance of Udayana University in the future through the construction of several infrastructures.